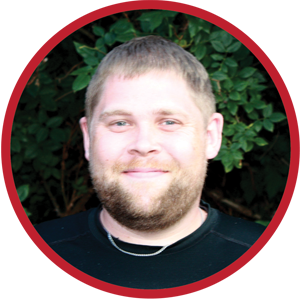 My name is Mike Banks and I am an addict. I was brought up in an upper middle class family. I had good grades in school and was very loved by both of my parents. By the time I was a freshman in high school, I started drinking beer and smoking marijuana every weekend. I thought this was normal as did all my friends and we never got into any trouble.

My childhood dream was to become a professional pool – billiards player. I logged thousands of hours of practice at my Dad’s bar and grill. Pool was my first love. I held several titles, including Missouri State Champion and Junior National Champion among others. I fell in with cross country pool hustlers and began to use cocaine and methamphetamines to keep me up and add to clarity of mind. However, it wasn’t long before I was a full-blown junkie and hustled pool to pay for my drugs.
It didn’t take me long to find out I was an addict. I had stolen a lot of money and items from my parents and family to support my habit. I was powerless and out of control. After numerous failed attempts at inpatient treatment centers, I was very content that I was going to use until the day I died. I was hopeless.
After my last stint in another treatment center, it was a blessing in disguise that they told me about CORE. I had no clue what the 12 steps were and I did not believe in God. I gave it a try. When I arrived at CORE, I did what I was supposed to do, worked my steps thoroughly and found a new way of life where I found happiness. During this journey, I had found this God that I didn’t believe in. It is due to the grace of God and His work through CORE that I am 18 months sober and recovered from this often fatal disease.